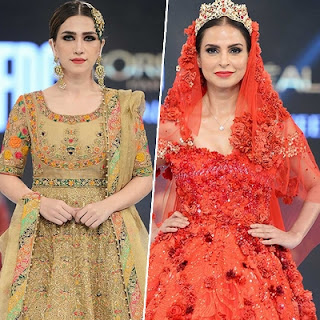 Bank Al Falah Rising Talent Show at PLBW was a golden opportunity for those new fashion designer who were look for a platform where they can show their creativity. Though it was hard for new comers to be center of attention when all crowd was enchanted with extremely gorgeous, elegant and wearable attires. At that time Aamina Naeem, Sara Naqvi, Maryam Amjadhave displayed their magical formal lines for brides. In which they have particularly used three colors orange, blue and pink. Apart from simple and pure colors, interesting twist of east and west was prominent in PFDC Loreal Bridal Fashion Week 2016 rising talent segment. 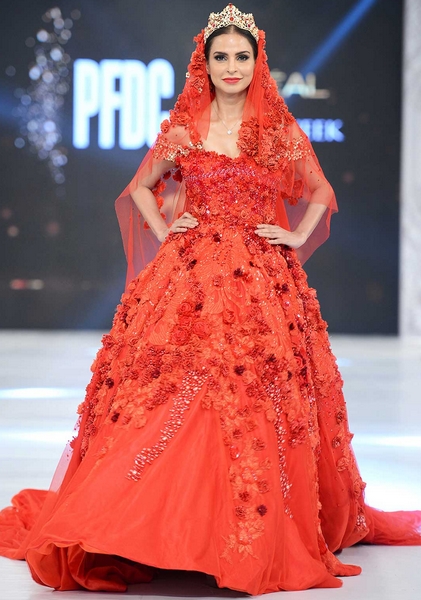 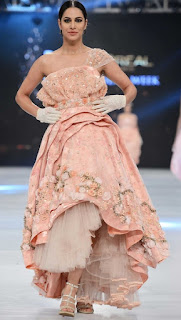 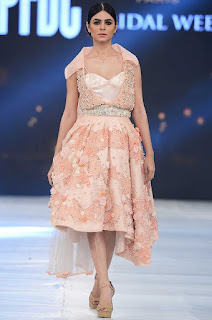 Aamina Naeem Debut at PLBW 2016 was carrying 18th century essence. For the inspiration of ‘Bourgeois Mistress de Haute Naissance’ designer has kept Madame Pompadour, and Madonna in mind. The newbie designer has enriched the designs with individual style of famous showbiz figures. Through, Amina Naeem bridal wear collection people has realized taste and style of two different ladies who exist in two different eras. In fact designer has worked on historical styles and enriches with femininity to let her debut collection to be unique and lovely. 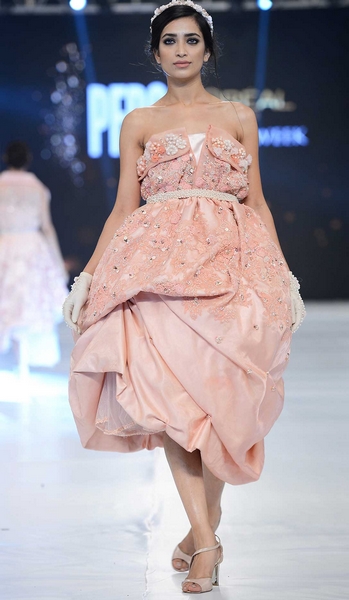 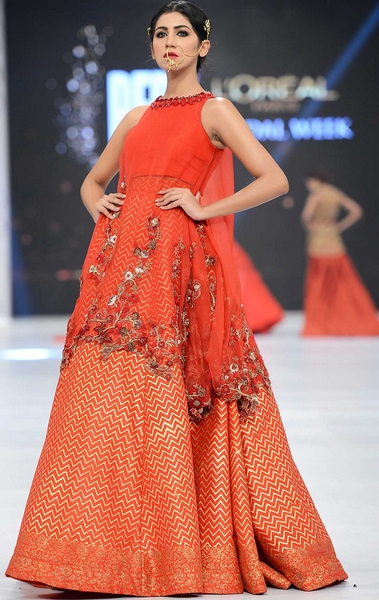 Maryum Amjab was the next who took part in Bank Al Falah Rising Talent Show at PFDC New Bridal Fashion Week 2016. Her collection has also left nice impression on guest. She has taken inspiration from the sky to the sea and under water creations. Maryam Amjad bridal collection was titled as Medusa.Which simply defines jellyfish with umbrella shaped body and tentacles around it. In medusa bridal Collection, Maryam amjad experimented jellyfish edges by usin fabric manipulation art and sleek touch fabrics like silk, organza. In which embossing, screen printing and thread detailing was used. 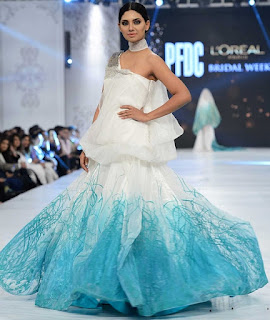 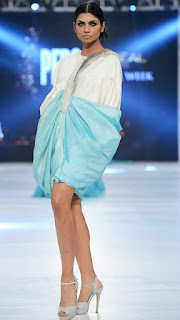 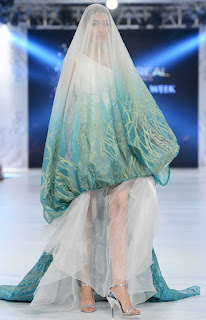 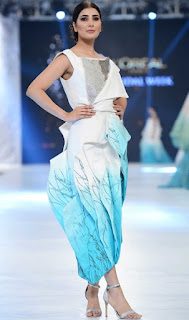 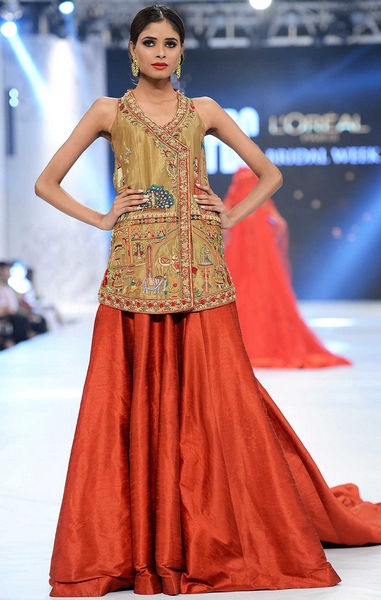 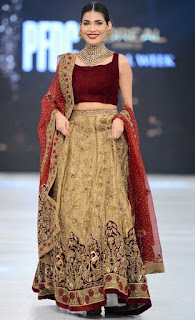 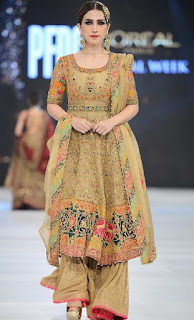