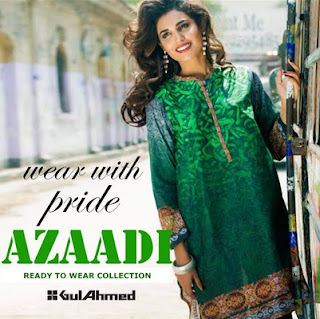 Independence day 2015 is arriving in few days; so let's get ready for it. Independence day of Pakistan is the event when every single person want to show patriotism. Thus having flag in hand, flag badges, historical building decoration, flag paintings on face or hand, coloring vehicles into white and green or wearing flag colored clothes are common behavior of society. In Independence Day competition and looking more patriotic; everyone wants to stay ahead from kid to girls and men's. That's why with start of the august they rush towards markets to grab their Independence Day stuff. In which dress to represent freedom and unity is green and white. Such as in girls having green shirt with white shalwar and dupatta is extremely common and really looks impressive. Though design, trims or folds can be according to latest trend but color scheme remain same.
Azaadi Dresses - Celebrate Independence Day 2015 with Gul Ahmed
Yet! Three major fashion and textile brands of Pakistan and a fashion designer name with Zainab Chottani came in Jashn e Azaadi celebration. Before moving to any other fashion brand let's take a look at GulAhmed Jashn Azaadi dress collection 2015 for Independence Day. In which fabulous tunics and long shirts clubbed with black leggies. The dresses have been digital developed for Independence day celebration wear. Gul ahmed Independence day dresses feature digital drawn images of historical buildings, sceneries of migration and lok virsa imaginary drawings. Gul ahmed has offered ready to wear shirts range with green and silver as the theme of Azaadi. Hope you will like Gul ahmed RTW Azaadi collection 2015 and celebration this Independence day with same zeal and fervor. 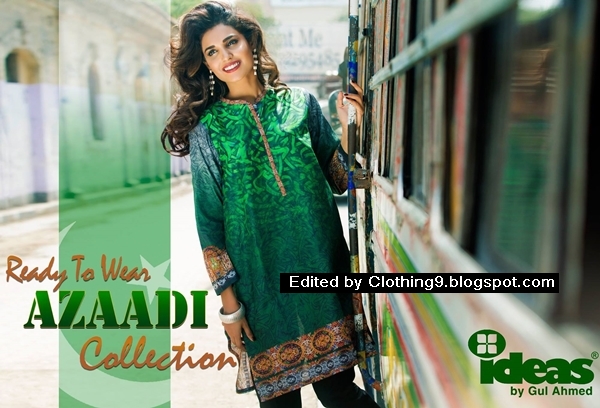 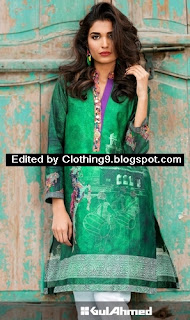 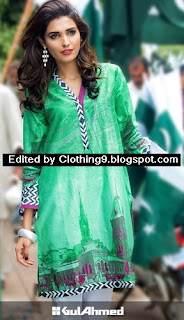 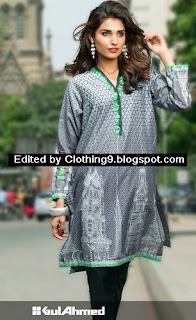 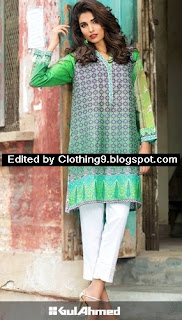